Introducing CBDBRAINIQ, the Finest CBD Nootropic Product for Focus, Energy and Brain Nutrition in the Nation

Our products are made with a medical micelle technology which delivers faster, better absorption, increasing the “bioavailability” in the body.

Micelle technology “pre-digests” cannabinoids so they and other nutrients pass through the digestive barrier and delivers more than 90% of the nutrient directly to the blood stream within minutes. 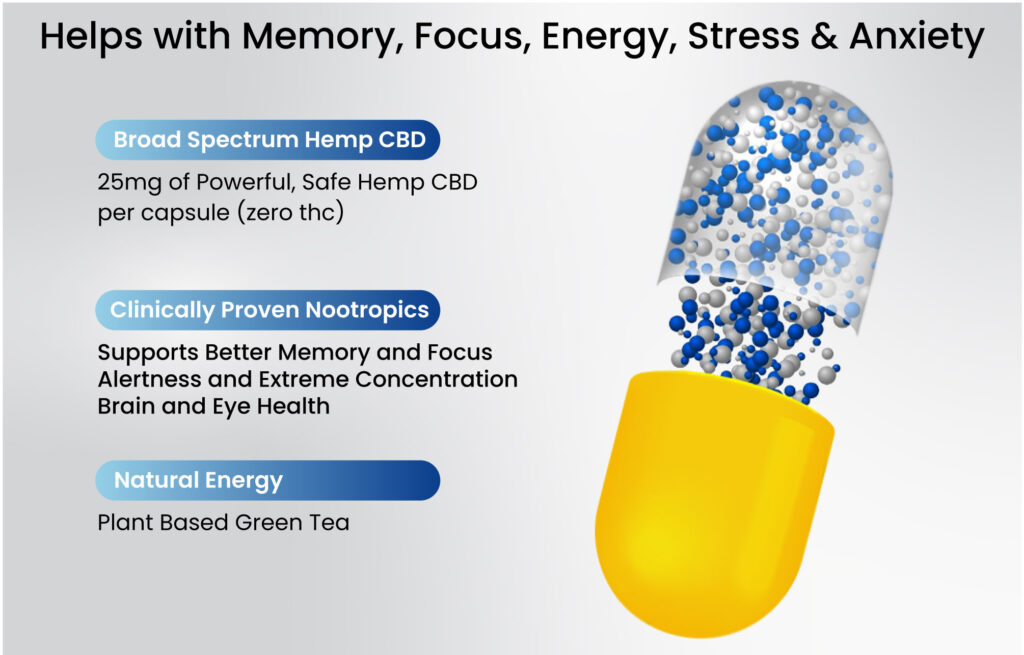 CBDBrainIQ™ best-selling brain boost with a lineup of powerful nutrients clinically studied to help protect circulation in your brain, boost mental connectivity, sharpness, and sustained focus. With all the health benefits of CBD

The industries first daily CBD Nootropic, CBDBRAINIQ™ boosts all aspects of cognition in all types of people – especially those whose active lifestyles demand dynamic brainpower with all the health benefits of CBD.

More on How CBDBrainIQ™ Works

CBDBrainIQ boosts work performance and productivity with nootropics and CBD for focus, multitasking under stress, creative problem-solving and more. All with the wellness benefits of CBD for pain, inflammation and stress relief.

CBDBrainIQ supports the calm mindset, sharp strategic thinking and clear memory that propel competitors across all sports and games to victory. All with the wellness benefits of CBD for stress and anxiety relief.

CBDBrainIQ is the ultimate Quality of Life formula for adults seeking extra support for memory, verbal communication, mood and mental clarity. All with the wellness benefits of CBD for pain, inflammation and stress relief.

CBDBrainIQ boosts performance from the weight room right up to game time, promoting optimal brain chemistry for motivation, intensity and performance output. All with the wellness benefits of CBD for pain, inflammation and stress relief.

CBDBrainIQ nootropics support studying, learning, attention, storage and recall, all while strengthening the mind’s resistance to stress. All with the wellness benefits of CBD for pain, inflammation and stress relief.

All orders are sent out by a tracked mail service. Your tracking number will be e-mailed to you within 24 hours of dispatch.
Order Now 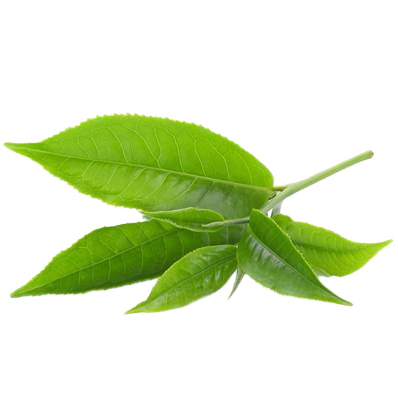 Anti-Aging. One of the key medicinal benefits of green tea on a regular basis is the ingestion of antioxidants. Antioxidants prevent damage in the cells and molecules within the body by suppressing the production of free radicals which cause the damage and speed up the aging process.

Helps you concentrate. L-theanine has cross the brain blood brain barrier where calls turn it into a chemical called GABA that helps the brain relax, but at the same time, caffeine will increase your awareness. This prevents a caffeine crash, while allowing prolonged periods of concentration.

Helps guard against degenerative disease. While there is much scientific research, people who drink green tea typically have much lower rates of cancer and diabetes. Osaka, Japan is in a blue zone where people live much longer than average, and green tea is a big component of their diet. Other side benefits are lower cholesterol and blood pressure.

Citicoline is an enhanced version of choline and an intermediary in the synthesis of phosphatidylcholine. It helps rejuvenate cell health, improve cognitive function, boost neurotransmitter production, and regulate brain circulation.

In terms of citicoline’s eye health benefits, it helps protect neuronal and retinal cells. In fact, researchers say it has potential in treating glaucoma. “Citicoline may induce an improvement of the retinal and of the visual pathway function in patients with glaucoma,” per the June 1999 issue of Opthalmology (via NCBI.NLM.NIH.gov).

Citicoline also shows promise in treating amblyopia (lazy eye), which is poor vision in one or both eyes dating back to early childhood. “Treating adult amblyopes with CDP-choline has the effect of improving their VA (visual acuity), CS (contrast sensitivity), and VEPs (visually-evoked potentials),” per the February 1998 issue of Current Eye Research (via NCBI.NLM.NIH.gov). 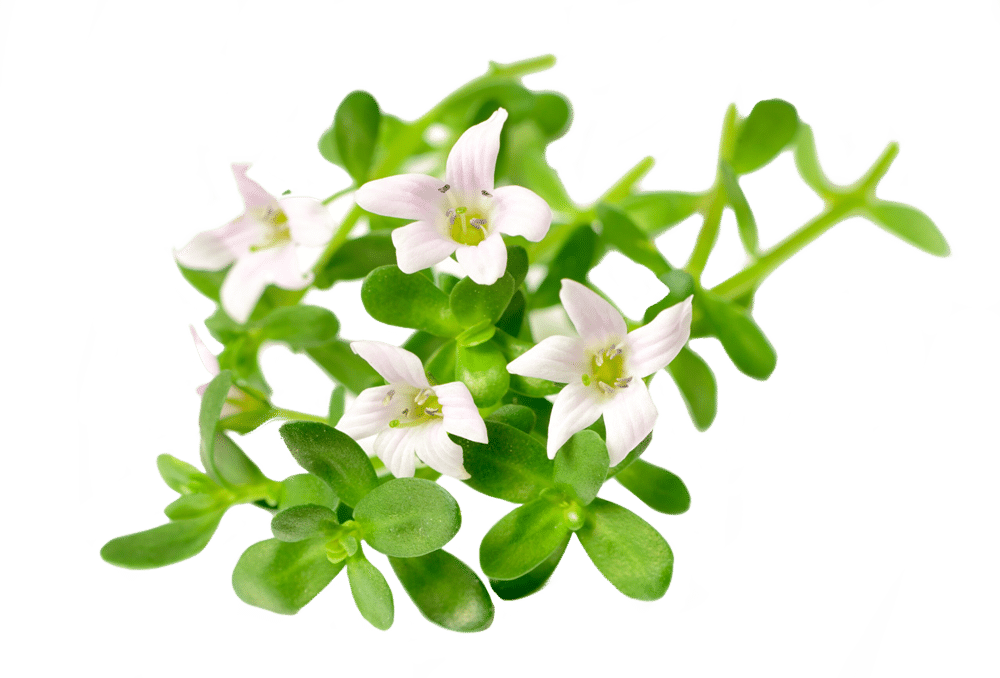 Bacopa monnieri is an Ayurvedic herb which helps boost cognition. As a nootropic, it functions in several ways:

In terms of vision, Bacopa monnieri helps speed up visual information processing. On that note, taking a nootropic supplement with this ingredient bodes well for increased everyday productivity. 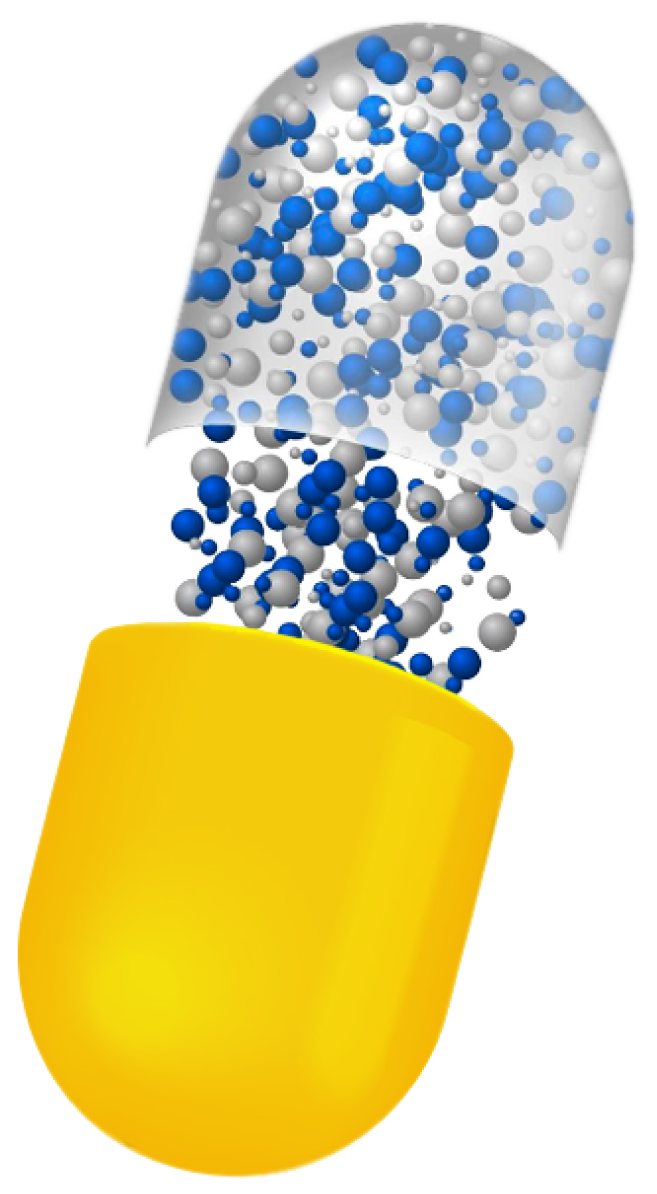 IQ Nootropic Blend- made of Choline a compound that can enhance brain metabolism to improve focus, memory, cognitive response, and sports performance. This unique compound works effectively because it efficiently reaches the brain and is an organic, water-soluble compound that is an essential nutrient. 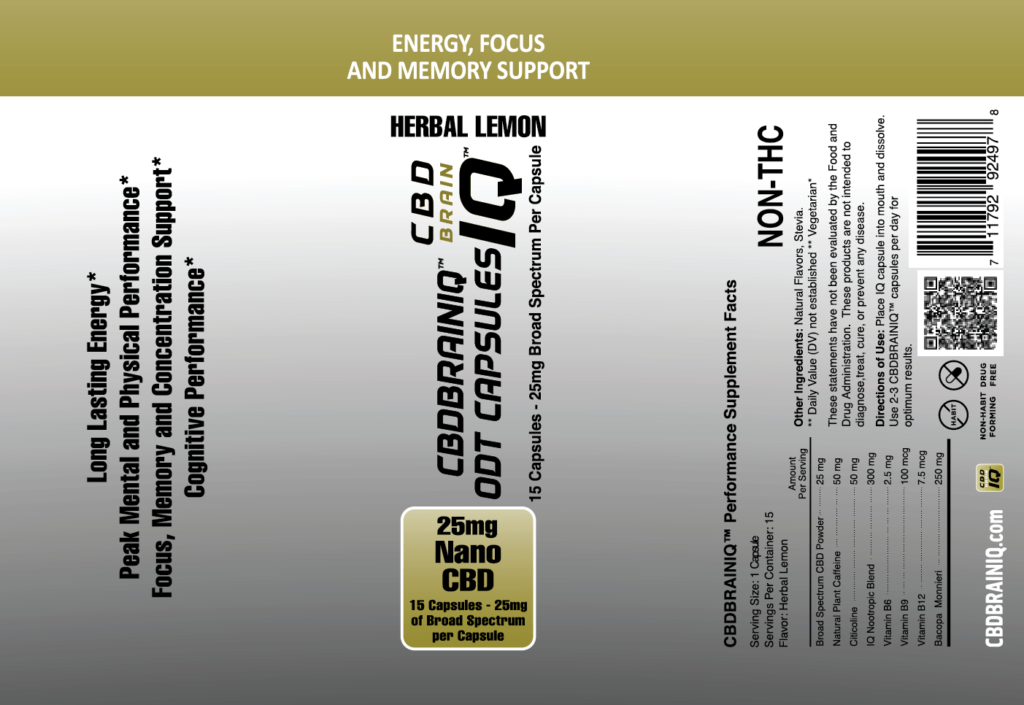 We want you to know exactly what all the health benefits are from CBDBrainIQ. That’s why we show the ingredient dosages and ingredient forms right on the label. So you can see why CBDBrainIQ is the most all -inclusive Nootropic you will ever need.
More Info 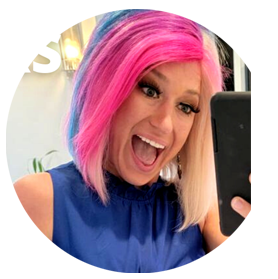 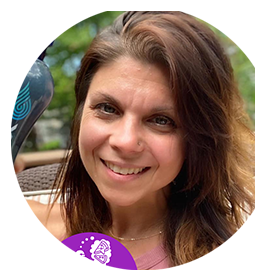 John Doe

Read More
“Great for fitness…I use CBDBrainIQ capsules for both pain and inflammation as part of my daily fitness programs….” 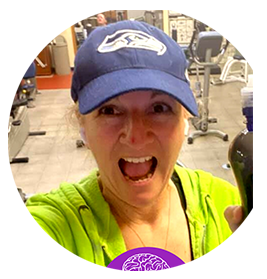 Dr. Joanne Conway

Read More
Life Changing….I take two CBDBrain IQ mint capsules a day. I feel more alert, focused and notice I do not have as much pain.
Grace

Read More
CBDBRAINIQ really assists with memory, energy, performance and nutrition. I feel less pain throughout the day..
Ali M

Read More
Great focus product! Can definitely tell the difference when we haven’t taken it daily! It really helped my memory and creativity, nothing else did. I am your biggest fan.
Jason

Read More
I started using CBDBRAINIQ my first year in college. It helped immensely with my focus and learning
Kevin M

Read More
After taking CBDBRAINIQ for a few months I have experienced a big improvement in my focus, mood and memory ...
Daniela

Read More
The most marked change I've noticed with all of us taking the IQ products and as a family. It's helped the whole family focus and get more done Love this product!!
Rebecca A.

Read More
I have been taking this supplement for years in place of stimulants and SSRIs. I find both the part for ADD & anxiety have been extraordinary.
Previous
Next